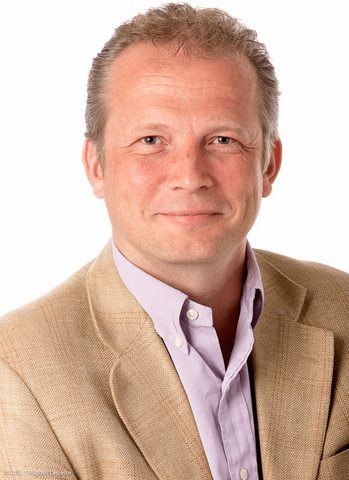 Miikka Vikkula
Affiliation at the time of the Award: Professor of genetics at the de Duve Institute – UCL
Born: 12 May 1965, Espoo, Finland

1965: Born in Espoo (Finland).
1993-1997: Works as a post-doctoral fellow at Harvard Medical School in Boston (United States).
1997: Joins the de Duve Institute – UCL and establishes a research group for human genetics.
2009: Discovers the genetic cause of one group of vascular anomalies.
2015: Demonstrates the efficacy of a specific drug-based treatment in enhancing the quality of life of patients with certain vascular anomalies.
2018: The first winner of the Generet Award for Rare Diseases is announced.

Miikka Vikkula is Professor at the Human Genetics Laboratory of the de Duve Institute, the multidisciplinary biomedical research centre of the Faculty of Medicine at Université Catholique de Louvain (UCL). The Generet Fund has awarded this Prize to Prof. Vikkula in recognition of his research, stretching back almost 20 years now, into the genetic explanation of vascular anomalies.

There are more than 40 variants of vascular anomalies, or malformations, of blood or lymph vessels. In their most benign form they occur as small spots on the skin, but for many patients more extensive malformations make it difficult for them to lead normal lives and cause them severe pain and other infections. For example, substantial bulges on children's hands can prevent them from writing for more than a couple of minutes. Some patients cannot sit or stand still for more than 20 minutes without pain. In particular those with malformations on exposed parts of their body such as their face are the victims of derogatory behaviour and discrimination.

Prof. Vikkula made a breakthrough almost 10 years ago when he identified a genetic disorder explaining one type of vascular anomalies. Over the years, he and his team have expanded their expertise to cover other types of vascular anomalies and have developed models for further research, with view to not only identifying an increasing number of genetic causes but also moving towards more effective treatment. For patients with an initial type of anomaly who have been treated as part of the research, there has now been a considerable improvement in their symptoms. Recently, the clinical trials for the first drug-based treatment were successfully completed at the Centre for Vascular anomalies of the Cliniques universitaires Saint-Luc.

The research conducted by Prof. Vikkula and his team offers hope to patients with various types of vascular anomalies – patients he knows well, as the research team works closely with the Centre for Vascular Anomalies, where patients come for diagnosis and treatment, and he was also behind the establishment of the Vascular Anomaly Patient Association (VASCAPA).

Composition of the Jury